#130 – 1918 Amsburg K-98 with Kaufman commercial scope on a short side rail mount. Rifle has matching #s with good bore and very good wood for age. Early WWI GEW98s were fitted with commercial scope early in the developing days of the 3rd Reich and were continued to be used during the war years. Rare in most repects and not often found in the market today. This rifle has two deaths head stamped on left side of the barrel. Indicating use by SS probably early prewar period. Good bore, original sling and rod hood. $9000 SOLD 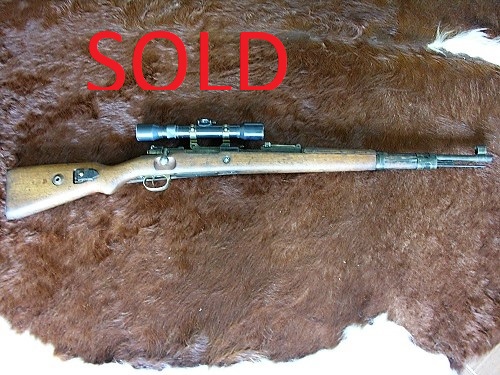